The cruelty from prospective partners can be heartbreaking.

More than one million people in the United States have HIV, and the CDC estimates that one in seven don’t even know it. While HIV is far from the death sentence it was in the 1990s—thanks to viral suppression therapy and other medical advances—it’s still surrounded by a cloud of stigma, with state lawsthat criminalize exposure.

When you’re trying to find the one, encountering misinformation and cruelty from prospective partners can be both frustrating and heartbreaking. We talked to several HIV-positive heterosexual men and women about what it’s like to date while living with a virus that rarely gets discussed in the straight community.

HIV is not as talked about in the heterosexual community. I’ve had girls say they were interested in dating me, and then when things kind of seemed like they were getting more serious, they started to push back because of things friends would tell them, and things they didn’t understand. For me, that’s a way to filter out who’s really able to be in a relationship with someone who has HIV. If they’re not willing to give me the time of day, there most likely would be other issues.

Disclosure can be hard, and everyone has a different way. I usually let a person get to know me first, to learn that I’m more than my HIV. One big thing many people don’t understand is that an undetectable viral load for at least six months means you’re practically uninfectious.

Some people think people should just serosort, positive with positive and negative with negative, but people need to look beyond their HIV status to see who they really want to be with. We deserve to find love with other people, regardless of their status. 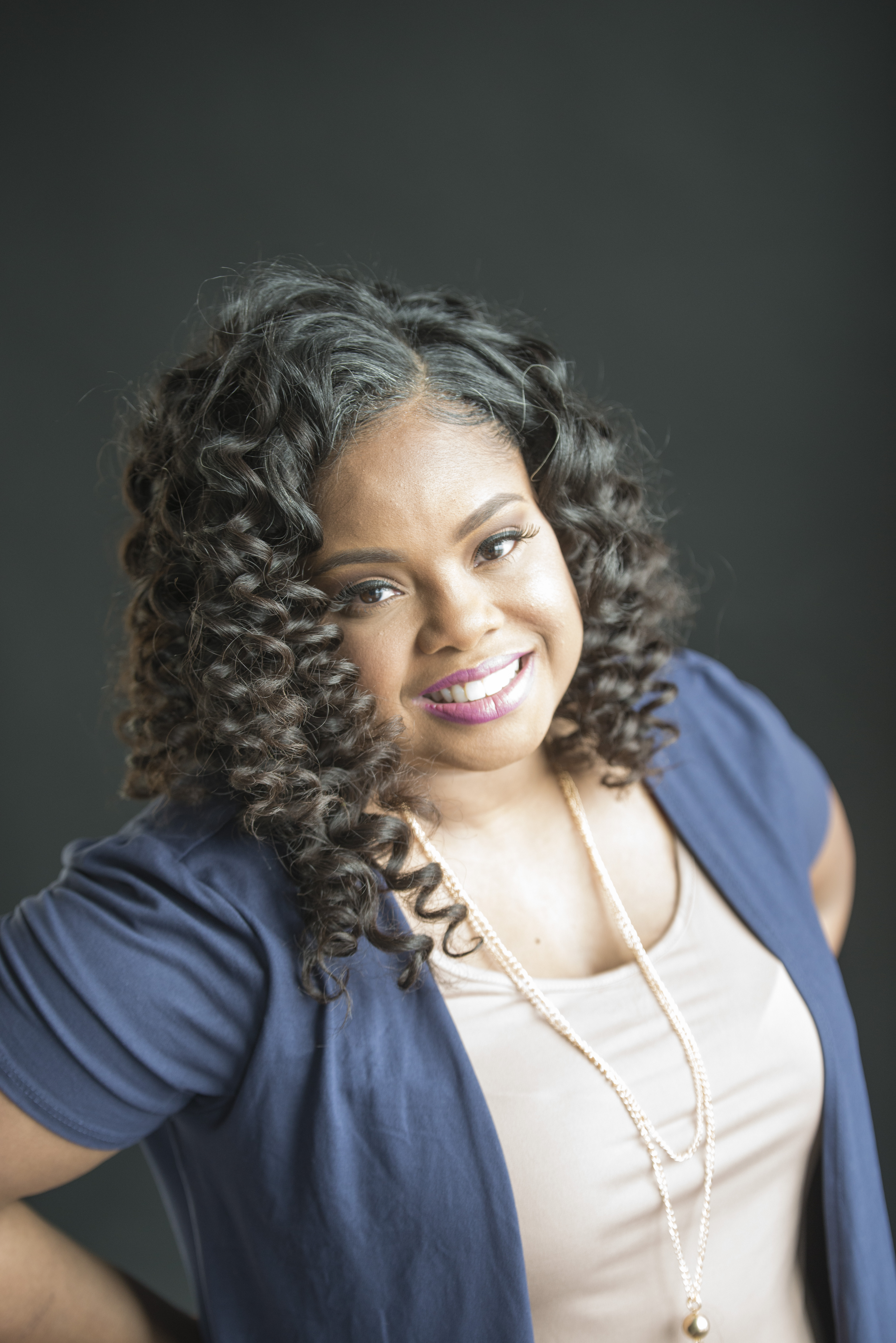 Sometimes I have to deal with rejections and people being afraid of me. A lot of times online, people say: “You should not have children, you shouldn’t date.” They’re afraid I’ll infect somebody else. It’s not somebody like me, who is aware of their status, who is the risk. It’s the people having sex and dating who aren’t being tested that you need to be aware of. I think people need to know that I can get married and have children without infecting my future husband or my future child. The majority of people who know their status do everything in our power to protect others. We don’t want this to happen to somebody else. But responsibility should go both ways. I disclose because that’s the kind of person I am, but even if you’re HIV-, bringing up HIV should be part of your dating routine, and testing is something you should require. 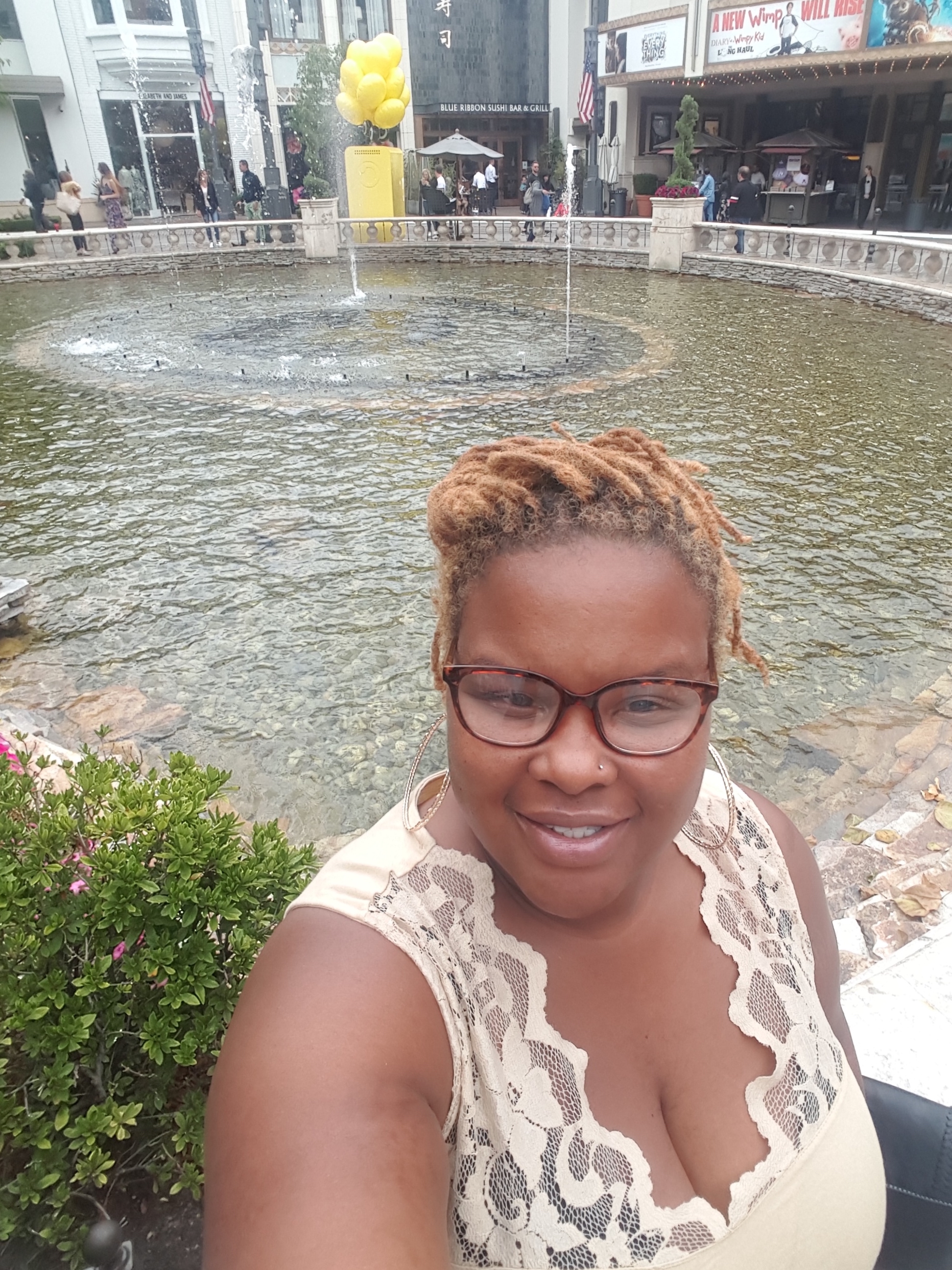 I’m originally from New Orleans; I moved to California nine years ago. I was diagnosed with HIV in 2000. I’m currently a jewelry designer, as a means of income and awareness.

The stigma is very real. I had a friend I knew for over 20 years who outed my status to someone I was sexually active with in the past. When we reunited, she disclosed to him and he blocked me, he just never talked to me again. I was a ghost. I’ve used a lot of sites to try to date. I’m not like most people; I don’t settle. There’s somebody out there for me. But disclosure can be really hard. Especially for someone like me that self-stigmatized for over ten years, it makes it hard to face rejection.

When I go on those dating sites, I talk to someone until I feel comfortable enough to disclose my status. Many people aren’t aware that we can have regular sex, that HIV+ women can have a normal pregnancy without the baby being infected. As long as we’re virally suppressed, taking care of our bodies, doing right by ourselves, we can live a long, healthy, and happy life. 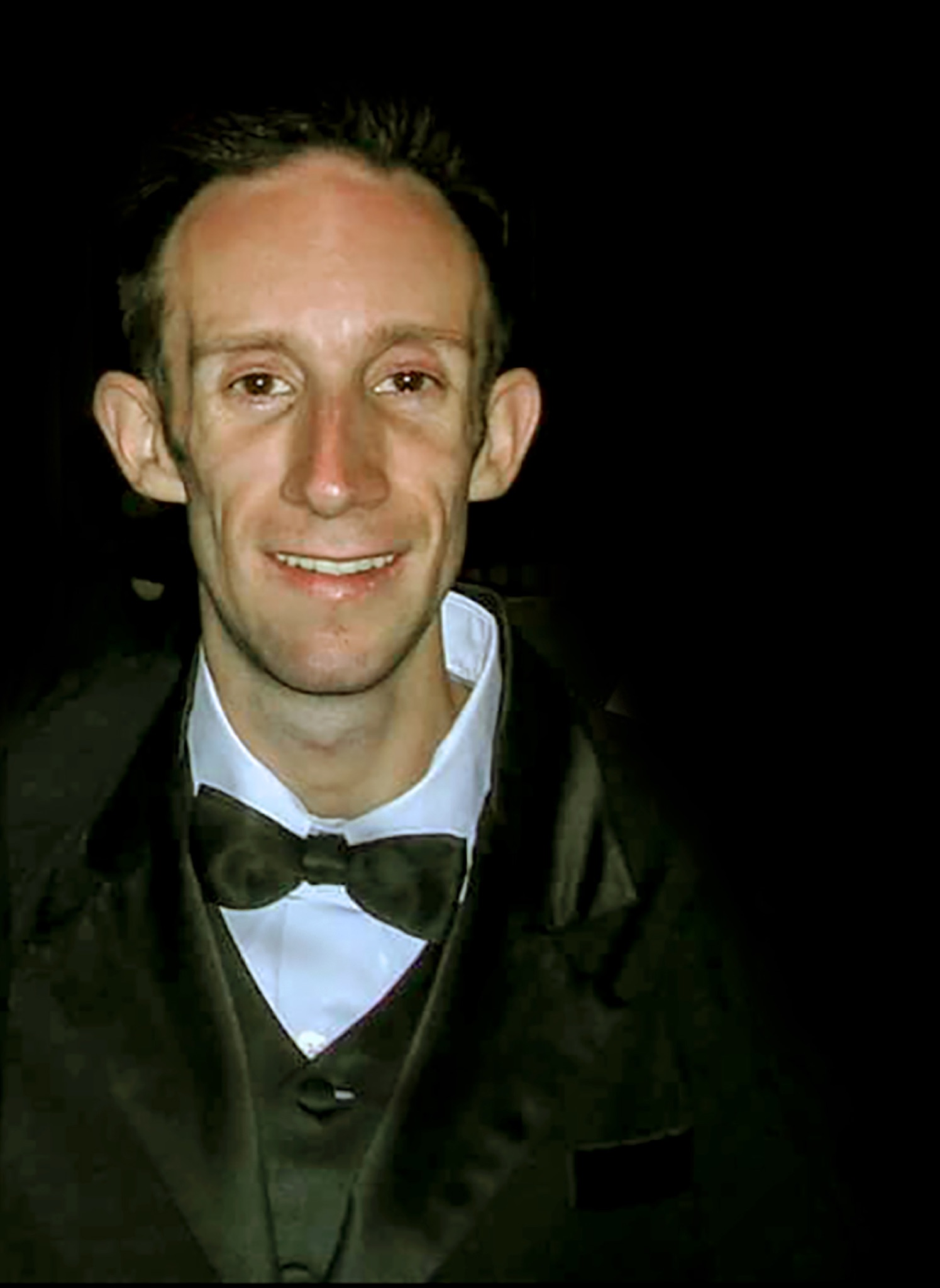 I was diagnosed in 2001, when I was 16. It was very shocking, because I had always grown up with medical issues. I had open heart surgery when I was three months old, and had blood transfusions, which is how I got the virus. I’ve had good and bad experiences with dating, which is expected for anybody, I guess. I tell people to just be completely honest, with yourself, and your partner, and work through it together.

My experiences have been mostly good, but every now and then, you run into bad situations. I had one where I was in a relationship with a girl and her family found out about me and it all fell apart, because of stigma and not knowing current facts when it comes to HIV. There really is a lack of information. It’s extremely shocking, what people don’t know about HIV. If you’re dating someone, you should ask as many questions as you can. Somebody that has it has spent hours with doctors and learned so much about the virus. They’re going to be the best source of information for anyone.

There’s always this kind of superman complex that negative people have. Kind of an ignorance is bliss, especially when it comes to HIV testing. I always encourage everybody: Know your status. 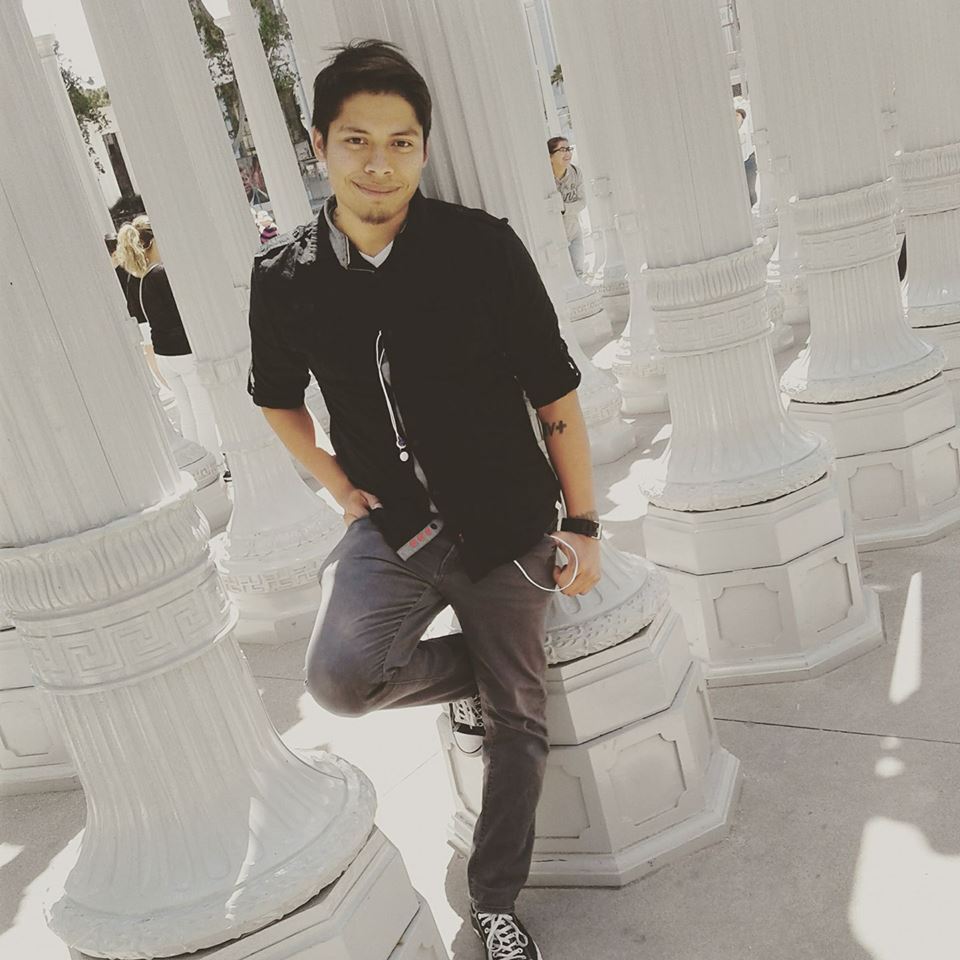 Dating is a little bit more difficult for me, in the sense that I have a tattoo in big letters that says I’m HIV+. People ask me about the tattoo and obviously I tell them why, but having a tattoo like that on your body in such huge and visible letters, it kind of makes you virtually undateable, because there’s such lack of education. Most partners are not very well informed. It kind of kills the mood when I have to give a whole class every time I meet someone. A date can turn into more of an information session.

I think that it’s important for people who are negative to have some understanding. Disclosure is not easy for anybody. It’s a huge risk. There’s fear of rejection. Now, you’re not only just letting this person know, you’re trusting them with something important and personal, trusting them to not use this information against you. I use my virus as a way to weed out the people I don’t want to know. There are people out there that aren’t very good for you. Being positive makes it easy to identify those people you don’t want to be a part of your life. I have learned to change my own self-perceptions. I actually got the pleasure of dating very kind and understanding people who I wouldn’t have met otherwise. 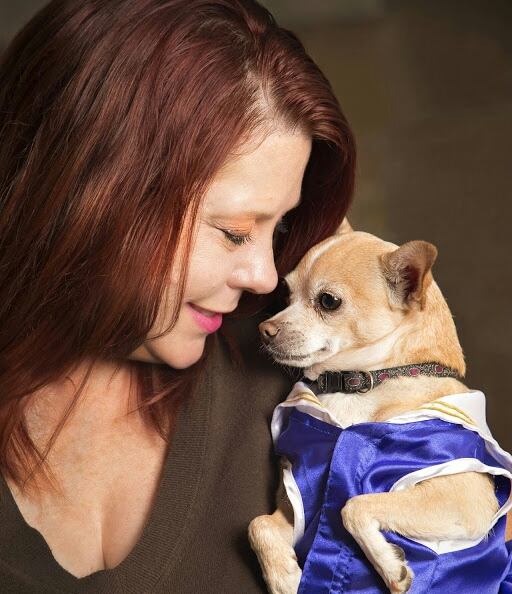 I was taught in my health class that I wasn’t in a risk group to acquire HIV. The year after high school, I acquired HIV from the second man I dated. At the time, I hadn’t thought to question my sexuality—I was raised heterosexual, and it was only later that I began living as polysexual. At 19, in Indiana, nobody understood that, and when I dated multiple people I was called “slut” and “whore.” Dating was very hard until I just became very honest. Whenever someone would want to date me, I would go on one date, I would see if I liked them enough and trusted them, and then I would tell them. People will say hurtful things like “no one will want you,” but from 21 to 42, I’ve only had one man turn me down—and it was because he was married, not because I had HIV.

My advice? To protect each other, and respect each other. That’s the only way the men and women I dated stayed negative, because I protected them and respected them. People don’t get tested because they’re afraid. No matter when you live in this world, I don’t care how rich or how poor you are, you are at risk for everything that can happen to a human.